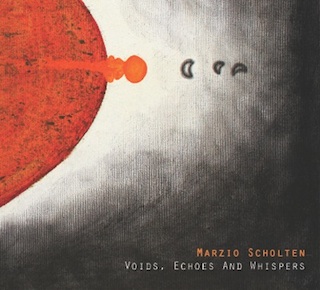 Happy new year everyone! Last year I started blogging about the process of making my new recording, every blog I reveal something new. Hopefully you guys will find it interesting and maybe it’ll make you eager to buy my new recording when it’s released (official release date is May 10th) and visit our concerts. As you might have seen I’ve uploaded a preview of the album just before Christmas in which I already revealed the title and the artwork as well as some music. So, the new album is titled VOIDS, ECHOES AND WHISPERS. A title which I think says something about the sound of the band and the sound of the music, also it is the title of one of the ‘key tracks’ of the album. The artwork is based on a painting by Thai artist Chumpol Taksapornchai. I came across his work during my visit in Chiang Mai (Thailand). This particular painting really got to me, it’s called ‘Path To Nirvana’ and was the inspiration for a track on the new album (which I also called ‘Path To Nirvana’). This track features saxophonist Yaniv Nachum. So there you go, the title and artwork revealed! Stay tuned for more news…

Previous updates in this series can be found here: part 1 part 2 part 3 part 4