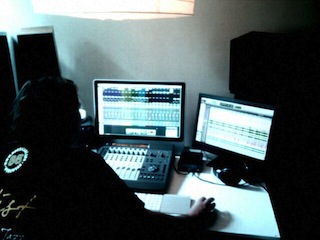 Last update I told you guys that we were going to have the album mixed by engineer Chris Weeda. Well, he did… and how! It was such a pleasure spending the day with Chris at his mixing studio. He made the recordings sound exactly how I wanted it to sound. I’m really excited with the results and can’t wait to share it with you guys! The next step is to decide on the right track order and have the album mastered. Meanwhile a fantastic illustrator has begun on the artwork… more about that later…

Previous updates in this series can be found here: part 1 part 2