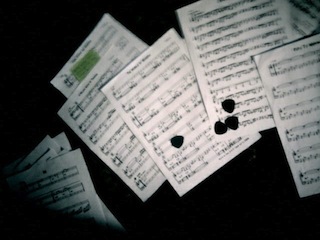 The recordings for the new album went very well! We had a wonderful and relaxed time at the luxurious studio in Germany and recorded nine tracks in two days. Right now I’m in the process of listening to different takes and deciding which takes will eventually end up on the album. Next month we will be mixing the tracks. This is all very exciting, because this album is the first album I’m releasing independently. Oh.. and the first album release concert is booked already… Grab pen and paper (or your smartphone): May 10th, 2012. BIMHUIS!!!